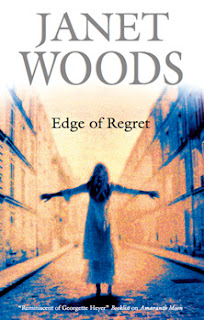 In Edinburgh, Kenna Mackenzie is cheated out of her inheritance by her brother-in-law. When she refuses to marry Rory Challenor – the Scottish Laird picked out for her – the stubborn Kenna finds herself on the streets with only the clothes she stands up in. She survives for a while, but as winter sets in she becomes desperatately ill.

A widowed English doctor rescues her – but Dominic Sterne considers Kenna to be a street woman, despite his growing feelings towards her. When he leaves to take up a new position in the South of England, Kenna is broken-hearted.

When Kenna returns home, it’s to discover she has no choice but to accept the laird’s proposal. Although the man has a certain charisma, she discovers he has family problems as well as entanglements.

In the meantime, Dominic has realized his mistake and has returned to Edinburgh to look for Kenna . . .
Posted by Janet Woods at 1:47 PM