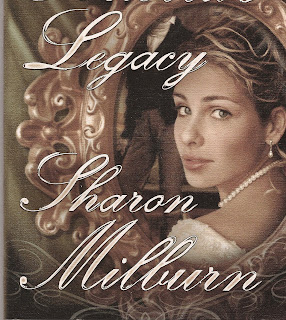 It seems ages since I blogged anything - long enough for the last small article I wrote on getting an agent to be picked up by two other organisations for their newsletters.

Over the weekend I enjoyed a meeting with my critique group. One of those is a talented regency author whose third book ARIELLA’S LEGACY comes in electronic form, but has just been released in paperback. Sharon Milburn writes traditional regencies for Cerridwen Cotillion. For anyone who enjoys reading well-researched and beautifully crafted regency romances with a strong story line and a ring of authenticity about them, I can highly recommend Sharon Milburn’s books.

A word or two about critiquing groups. Their function is in the description, so anyone who joins such a group should expect their writing to be critiqued, and not always favourably. I’ve belonged to a group for a couple of decades, and have seen many people come and go in that time. Some people don’t want their work critiqued, they don’t want to work to improve it, they just want reassurance or praise. Critiquing can work both ways, but generally a group that critiques is troubleshooting each member’s work, and if you join such a group you should expect to receive some honest negative feedback or criticism along with the praise. Accept criticism gracefully. In my assessors’ hat, I’m not picking holes in anyone’s work for sport, but rather to point out mistakes that can be edited out. If you disagree, fine, ignore my suggestions. Just don’t accuse me of being deliberately cruel to you, as someone once did. I’ve got better things to do with my time. Honest! Critiquing the work of other writers help me to edit your own work. I’ve had about thirty books published. I still make writing mistakes, and don’t consider myself above the critiquing process. In fact, I appreciate my group pointing mistakes out because I like to have as many bugs as I can removed before I send the finished work to my publisher, and a more objective pair of eyes is extremely helpful.

Last, but not least, yesterday I received a lovely and unexpected email from a library worker from the other side of Australia - the Sunshine Coast in Queensland. The writer told me that she’s started recommending my books through their monthly “Great Reads” publication. Thanks Faye...that little gift of an email put a smile on my face.
Posted by Janet Woods at 3:30 PM

Janet, You mightn’t blog often but you do blog well. No surprise really I’m sure you’d write anything well. --- If Sharon’s book reads as well as the cover looks it will be absolutely gorgeous. --- Interesting to read your take on critiquing, I’ve always assumed your novels come straight from the brain perfectly wrapped. We live and learn. Thank you for yet another interesting read. ----- Eric

I wanted to say a big Hi and welcome to Kate's client list. I'm also a longstanding member of Anne Whitfield's critique group and everything you say about them is true, especially that critquing someone else's work helps with my own. I wouldn't be without those lovely ladies now, especialy Anne, possiby part of a writer's need for validation, but I know my work has changed so much since I started and still has a long way to go. Great post and what a gorgoeus cover for 'Salting The Wound'.

Critiquing and being critiqued are such valuable experiences. I always look forward to critiques coming back so I can improve my work. I'd certainly prefer to find the flaws before the wider world sees them.