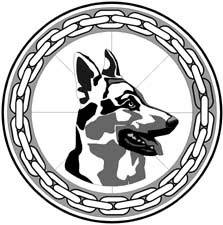 With the film of Red Dog now topical, I remembered a poem I wrote when we lived in the Pilbara, and it won a local competition. I'd had contact with Red several times previous to that, when he was a local legend. A year after Red died there was a competition to remember him by, run by the local newspaper. I've dug out my winning entry from my archives, and have edited it a little. I'm not the greatest poet on earth (or anything near it!) But anyway, I hope anyone who reads it, enjoys it.

A dog stood at the pearly gates, it made a fearful din.
“I know my master’s in there, mate, so you’d better let me in.
For years I’ve roamed the Pilbara, from inland to the shore
When finally I found his trail it led me to your door.

In every man I’ve found a friend, you know the nor’west breed.
They’d lift me up when I was down and give a dog a feed.
God bless the truckies in the heat, they gave me rides to save my feet.
I had a banker and a vet . . . a place to doss at in the wet.

I’m done with travelling in the west, I’m weary and in need of rest.
But I think it would be grand if I could lick my old mate’s hand.”

So Red Dog found his place at last – he left the great nor’west.
His legend merges with the past, part of the Pilbara’s best.

Red are the sunsets, red the rocks, red the dust that coats the docks.
Red’s the dog that left his spoor in the Pilbara dust and iron ore.

Loved your poem Janet. It deserved to win. It's a pity you couldn't get someone like Ted Egan to put it to music and release it at the same time as the movie. Funny about animals. Maybe it's because they are dumb (in the non-speaking sense) and in many ways helpless but I sometimes feel more emotional about them than I do about humans. How lucky you are to have met this dog. Wish I had.
Mike